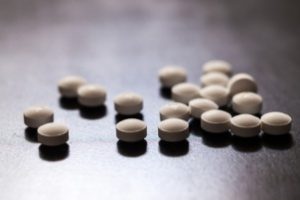 Vancouver chiropractor Dr. Troy here with some insights into the Opioid epidemic that is sweeping across America. I felt it would be helpful to share this information so that more of us would be able to help both ourselves and others if opioids have somehow touched our lives in a negative way.

OPIATES AND OPIOIDS ARE NOT THE SAME!

Are “Opiates” and “Opioids” the Same Thing?

News of the opioid crisis in the United States has become front and center in the world. Sometimes you hear the word “opioid” and sometimes you hear “opiate”. But are they the same thing? Read on to learn the difference.

People have been using natural plant extracts to help heal and relieve pain for thousands of years. The opium poppy plant is one such natural pain reliever. Drugs derived from the opium poppy include morphine, heroin, codeine, and opium.

Drugs derived from this plant have the powerful ability to relieve pain. However, they also are highly addictive.

Opioids are actually synthetic pain-relieving drugs, or at least made partly of synthetic materials in a lab. Opioids work in much the same way as opiates, but they don’t require the opium poppy to be manufactured.

Some examples of opioids include fentanyl, hydrocodone, hydromorphone, methadone, and pethidine. These are prescribed by physicians to relieve both acute and chronic pain. Like natural opiates, opioids are highly addictive.

Both Work in the Same Way

Both opiates and opioids work in a similar fashion. They have chemicals that when taken internally will bind to opioid receptors on nerve cells. When they bind to those receptors, the nerve cells tell the brain that the pain is lower than it actually is.

Over time it takes more and more of the drugs to provide the same feeling of relief. At the same time if someone who is not in physical pain takes the drugs they will provide a feeling of euphoria (a high feeling) and also relaxation.

Many people who become physically and psychologically addicted to these medications start by being prescribed them for legitimate pain. But over time they become dependent on the drugs to feel normal or even to escape psychological pain.

In the early days of opioid manufacturing, physicians were told that these synthetic medications were not addictive and they began prescribing them widely. However, years of research and experience now show that these substances are highly addictive.

While most of these drugs can be prescribed, there are still non-prescription drugs such as heroin that are illegal. Unfortunately, many people who become addicted to prescription opiates and opioids move on to heroin when they’ve exhausted the ability to obtain prescriptions.

Along with the dangers of addiction and overdose, injection drug use also comes with risks of infection from hepatitis C and HIV. Along with the opioid crisis, the rate of these infections is increasing in the United States.

Another danger associated with heroin use is that street drugs are often cut with other ingredients. There is no regulation for street drugs. Often they are cut with synthetic drugs that make the heroin even more dangerous and increase the likelihood of an overdose.

While there are drugs that can help to reverse the effects of these drugs in the case of overdose, they aren’t always effective against heroin that is cut with synthetic drugs. The medical community is working to reduce the amount of prescriptions for opiate and opioid pain medications in an effort to prevent future addiction issues.