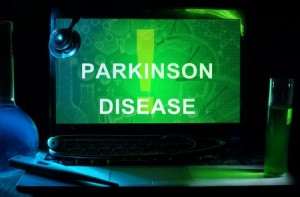 Parkinson’s disease is a progressive disorder that drastically affects the nervous system. It occurs in stages and worsens over time. Some statistics show that more than 100,000 cases of Parkinson’s Disease are newly discovered each year.

The National Parkinson’s Disease Foundation reports that 1.5 million Americans have been diagnosed with it, as well as 7 to 10 million globally. That is more than the combined number of people afflicted with Multiple Sclerosis and Muscular Dystrophy.

Patients with Parkinson’s have compromised mobility and speech patterns. The common symptoms consist of hand tremors, body stiffness, slower movements (bradykinesia), poor posture, and slurred speech. Many patients experience little or no facial expression or their arms do not swing when they walk. There is currently no known cure for PD; however, there are many successful methods for coping and living a full life with it.

PD alone is not fatal, but the complications that are associated with it can lead to death. A common misconception is that only older people suffer from it. But in fact, 15% of patients with Parkinson’s are diagnosed prior to the age of 50. This movement and coordination disorder impairs a portion of the brain (midbrain) known as the “dark substance” or “black substance”.

The medical term is substantia nigra. It is a crescent-shaped mass of cells in the midbrain that are broken down by Parkinson’s disease. Someone without PD has nerve cells there that produce the chemical dopamine. This chemical sends messages to the body regarding proper movement, balance, and coordination. A PD patient starts to experience impairment when approximately 80% of their dopamine has expired. A patient with Parkinson’s will witness the decline of their motor and non-motor skills. This leads to gait disorders which often result in falls. Cognitive loss and rigidity are other common occurrences.

Chiropractic care has recently been substantiated as a great benefit for assisting Parkinson’s patients. A chiropractor is knowledgeable about the function of the neuromusculoskeletal system. This includes the nervous system, joints, and muscles. Chiropractic care can relieve the pain that accompanies a patient’s joint and muscle dysfunction. It creates patterns of movement that cause ease in flexibility and overall mobility.

Although chiropractic care is becoming more widespread in helping Parkinson’s patients, it can be traced back to 1934. Bartlett Joshua (B.J.), son of the originator of chiropractic medicine Daniel David (D.D.) Palmer, conducted research that pointed to upper cervical chiropractic care as a viable solution to symptoms related to “shaking palsy”. Palmer’s study showed that pain, tremors, and shaking were managed by his development of his father’s work. He noted significant improvements in patients who suffered from fatigue, muscle cramps, numbness, and walking disabilities.

How Does Chiropractic Help With Parkinson’s?

Chiropractic care adjusts spinal misalignments. It removes irritation from the brainstem and other surrounding nerve cells. Once this takes place, communication can resume properly between the brain, spinal cord, and other nerves. As the symptoms of Parkinson’s disease are combatted, the patient’s quality of life increases. Rigidity is another factor of PD. It is a muscle contraction, like a spasm, that lingers. Parkinson’s patients experience this in their arms and legs. Chiropractic care sessions can significantly reduce rigidity that caused elevated pain, damaged posture, and prohibited daily activities.

Some instances of rigidity can be so extreme that a PD patient can only bend forward. They are not physically able to stand up straight or raise their head. It can prevent them from taking deep breaths and lying flat on their back. This leads to many other complications. Chiropractic care can lower the rigidity, improve the posture, and relieve other debilitating symptoms. Most neurologists and movement disorder specialists suggest that chiropractic care be done with medications not necessarily instead of them.

Physical movement and related chiropractic therapies of all kinds are emerging as contenders against the progression of Parkinson’s. Patients are revealing their enhanced ability to move freely, feel more energized, and think clearly. Every individual is different and so is their Parkinson’s experience. They may feel symptoms on one side of their body as opposed to both or vice versa. Continuous care, like chiropractic treatment, will strengthen their weak areas from head to toe. The physical adjustments allow patients to become more in tune with the overall health.

Medications such as Levodopa, Carbidopa, or Sinemet are often prescribed for Parkinson’s patients. They produce dopamine and enhance brain functions. Surgical procedures or brain stimulation are sometimes suggested to control tremors and other symptoms. These methods have provided relief and alleviates degenerative conditions for those afflicted with PD. However, none of the aforementioned methods can cease the destruction of the substantia nigra. They may also cause adverse effects as in the case of Ben Petrick, the Major League Baseball player who was diagnosed at 22. Complications after deep brain stimulation almost cost him his life.

Exercise has been noted as a source of comfort for Parkinson’s disease. A recent study conducted by the Department of Exercise Science at Kent State University reported positive results from movement therapies for patients with PD. The mode and intensity were adjusted according to the abilities of each individual. There has been much debate over the effectiveness of exercise as a sole provider of relief for Parkinson’s disease.

Get Chiropractic Care For Parkinson’s Disease

Dr. Troy Dreiling and his team at Vancouver, Washington-based Zenaptic Chiropractic can help care for Parkinson’s Disease. This includes providing a free consultation which you can setup via our online form. Or, you may call directly to schedule an appointment.