Dr. Troy Dreiling provides quality chiropractic care for people suffering from the pain of multiple sclerosis. You can get started by calling our friendly clinic to schedule a free consultation. Conveniently located near Andresen and Fourth Plain Blvd in Vancouver, Washington. 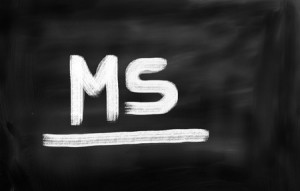 Multiple sclerosis (MS) is a debilitating disease that affects the central nervous system (CNS) and interrupts communication between the brain and body. Not only are treatments widely debated for MS, but so are the causes of it. Medical experts regard the disease as immune-mediated versus autoimmune due to the unpredictability of its onset. Myelin is a fatty, white layer that surrounds a person’s nerve fibers in the CNS. When the immune system attacks the myelin, scar tissue is formed. As a result, a breakdown occurs between the brain and the spinal cord. A multitude of symptoms are produced that can interfere with a person’s day-to-day life.

Again, there is no known cause for MS and studies are ongoing to determine it. Many experts cite environmental factors as a possible cause in someone whose genetic background warrants a response. They believe that the disease occurs when a person is exposed to a particular area. For instance, cases of MS have been diagnosed more often in geological areas further away from the equator. Other research reports that someone who is born in a location where MS cases are high, then moves to a low risk location prior to 15 years old, will decrease the likelihood of a MS diagnosis. The assumption is that the new area caused a different outcome because they had not reached puberty yet and the environment is different.

Some researchers think that Vitamin D is a factor in who gets MS. Those who live close to the equator receive more sunlight annually. That causes higher levels of vitamin D. It is considered to be an immune function that fights off MS, causing a lower percentage of occurrences in those close to the equator. An epidemiological study in Australia is researching it further. The opposite of this notion is MS clusters. Those are areas where MS is reported in high numbers despite the environment or genetic factors.

Genetic factors are widely debated as a cause for MS. Although it is not considered to be hereditary, if someone has an immediate family like mother, father, sister, or brother with MS; it heightens the risk of offspring obtaining it. Recent studies report a much larger presence of specific genes in areas where MS cases are higher. If there are multiple family members with MS, common genetic factors are determined. Some scientists believe that certain genetic factors combined with certain environmental factors cause an immune-mediated response. New studies and techniques are constantly being researched and developed to learn about the genetic, environmental, and infectious factors that could attribute to MS.

The Option of Chiropractic Care

Specific Chiropractic care is essentially the proper alignment of the vertebrae. Improper spinal alignment damages nerves and causes pain. Primarily the upper cervical bones can shift out of alignment and irritate the brain stem and neurological structures. When a chiropractor adjusts the structures successfully, it rids the patient of improper functionality and restores normal abilities.  It has been proven to work regardless of much-reported criticism. Most publications like The New England Journal of Medicine credit chiropractic treatment as a relief for lower back pain. What has been proven about its effect on MS patients is it alleviates symptoms. It is not a cure or a deterrent for MS, but it does provide comfort for patients that suffer on a daily basis from the side effects of MS.

Patients don’t need to consult their medical physician before seeking chiropractic care. With this specific type of care, caution must be exercised even with non-MS patients. Fatigue, muscle aches, and other minor pains are associated with this form of therapy if the right environment is not created. Additionally, it is not a substitute for the specialized care that a MS physician will give. It should be in conjunction with chiropractic care.

Because MS is a neurological disease, some symptoms cannot be relieved by a chiropractor. However, it does combat fatigue, give patients more energy, decreases pain, and provides more control. In general, chiropractic care provides the patient with an overall sense of well-being. A report in the Chiropractic & Manual Therapies Journal stated the success of the use of chiropractic treatment in chronic care facilities. A retired Canadian Chiropractor, Dr. David Mallory, has had MS for many years. He supports the argument that chiropractic therapy greatly benefits his daily management of it.

He states that MS cannot be reversed by chiropractic care, but it improves problems that he encounters with MS. He finds that it is most beneficial when he experiences “foot drop”. It is caused by nerve damage that misaligns his pelvis and spine. Once he gets an adjustment, his muscles and overall mood are adjusted as well. Dr. Mallory has found chiropractic care to be twofold: effective for his patients and positive for his personal medical journey. MS causes back pain, poor balance, and muscle spasms. Many patients speak about how the adjustments increase their strength and balance and help to minimize some of the pain. That results in being able to do physical exercises and lowering the muscle spasms, which helps the overall symptoms of MS.

At Zenaptic Chiropractic, we offer a free consultation which you can request online or setup by calling our office.

Today I want to talk about multiple sclerosis also known as MS.

Basically, it’s a progressive degenerative condition of the central nerve system.
What does that mean? Well, if as a chiropractor we’re looking at the nerve system, how it functions, how it communicates. And so what could actually cause the nerve system to degenerate?

Some say layering degeneration, progressive degeneration, neuronal disruption, so these things can occur through chemicals and through traumas. As a chiropractor what we’re going to look at is – is their mechanical pressure being placed on the central nerves, specifically the spinal cord which could disturb how the neurons communicate and function.

There’s research out there that shows that MS and even Parkinson’s patients have responded very favorably to chiropractic adjustment. I have a patient who about 10 years ago could only walk about five minutes. She would go to the mall she would have to sit down and basically she said she was diagnosed with MS. They basically said sorry you’re gonna have to get a walker then you’re going to get a wheelchair, you’re going to be disabled in 10 years.
We started adjusting her and within about six months or so she could walk the whole mall, she go shopping for 2-3 hours no wheelchair, no walker, no cane, got her life back and she said chiropractic was amazing.

How do we know because typically you know if you go to a traditional medical doctor they’re not going to say hey try chiropractic as well. Some have come around and said hey you should try chiropractic as well as what we’re doing here. So I think a multidisciplinary approach not just hey this is the only way, there’s no other doctor that can help you.

So that’s what we evaluate the spine. Is there misalignment? We take some x-rays, do an exam see what’s happening. See if there’s joint dysfunction, spinal misalignment that could be interfering with the nerve system which could be contributing to the MS symptomatology. That one case that I was mentioning she was completely pain-free and no issues. I don’t know if she was misdiagnosed or what but she definitely improved through what we do here is at Zenaptic Chiropractic.